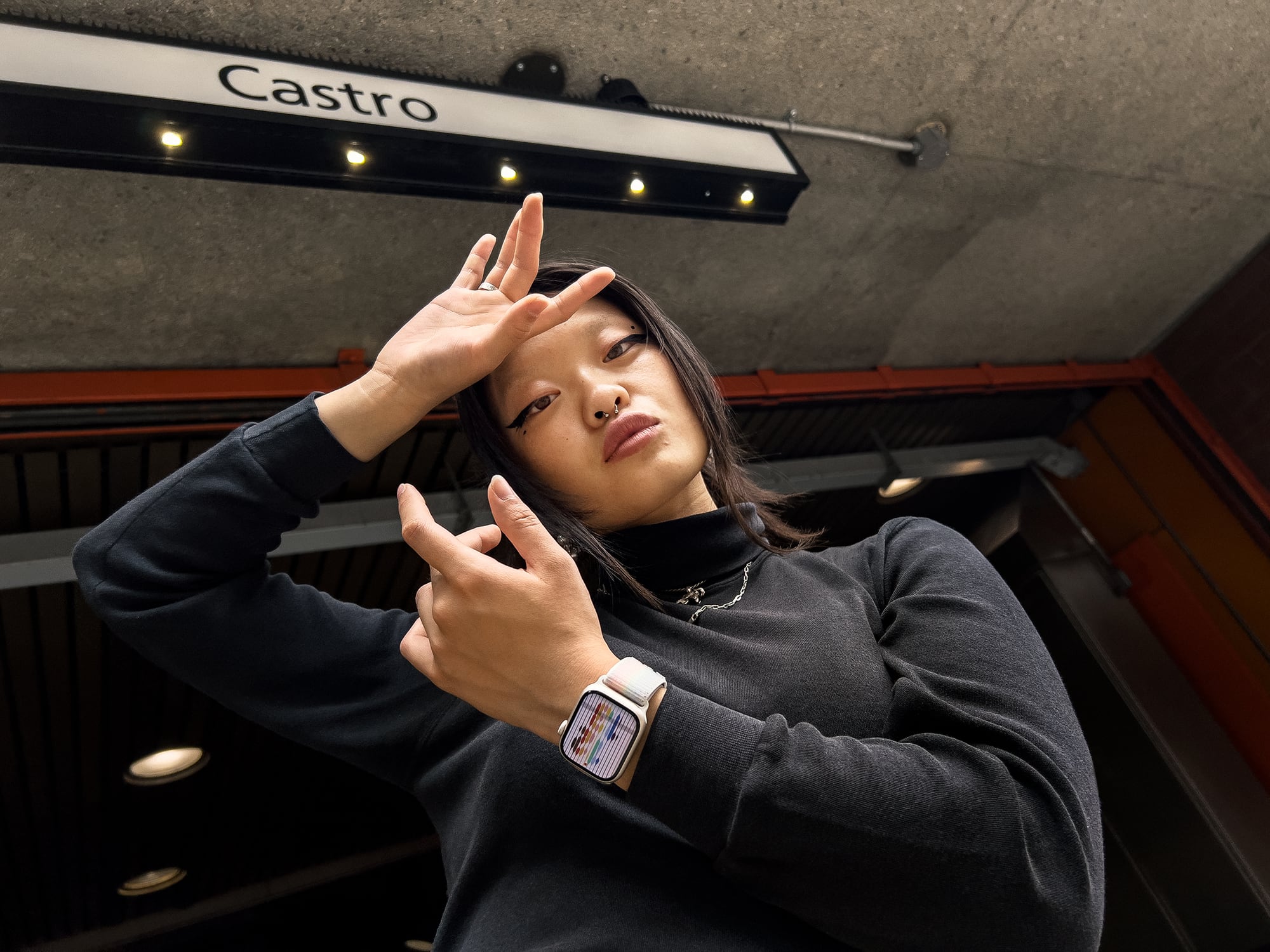 This year’s Pride Edition Sport Loop watch band uses the same comfortable, durable and adjustable design of its Sport Loop cousins. But Apple used a new technique to remove several of the double-layer nylon-woven textile loops on the band to reveal the word “pride”.

Furthermore, the word “pride” has been written in a cursive style that is inspired by the original “hello” greeting displayed on the first Macintosh in 1984. This gives the word a unique three-dimensional look and feel. In addition, the band features a colour gradient that not only incorporates the original rainbow colours but also colours representing other minority groups such as light blue, pink, white and black.

At the same time, there is also a new Pride Threads watch face (only on watchOS 8.6). It mirrors the woven loops of the Sport Loop with each strand of the vibrant thread contributing to the overall composition of the watch face. These colourful threads move as you rotate the Digital Crown on Apple Watch is rotated, or when you tap on the Apple Watch display.