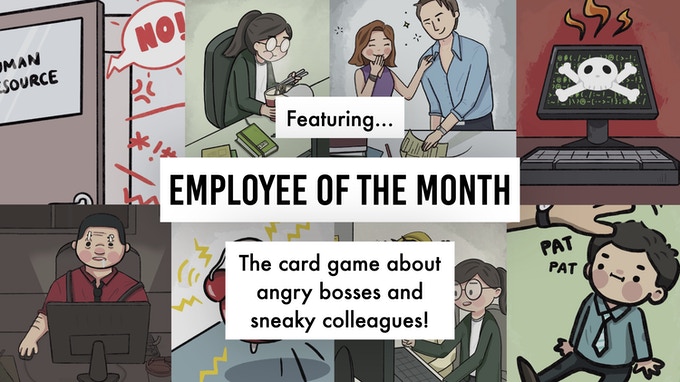 Singaporean Alexander Lim, a social media producer, has created a card game about sneaky colleagues sabotaging each other in order to avoid getting fired. It is called, quite aptly, Employee of the Month.

According to Mr Lim, it is a satirical card game about the ups and downs of the working world, where in order to stay employed in a company, employees have to suck up, back stab and pull the rug from under their fellow colleagues. The goal of this two-to-six-player card game is to be the last person standing and win the Employee of the Month, while you get to have some laughs.

The self-confessed board game nerd had the idea of creating a card game five years ago and started to work on his idea two years ago during the pandemic. Work started after Mr Lim met Lim Jia Ning on Carousell, who is a full-time zookeeper and part-time illustrator. And together, this ragtag team came up with Employee of the Month.

Mr Lim is now having a Kickstarter campaign to turn his card game dream into reality. Furthermore, you only need to pledge S$20 (without shipping) to get a copy of the card game. Shipping costs range from S$3 in Singapore to S$21 for the rest of the world. Expected delivery is December this year.