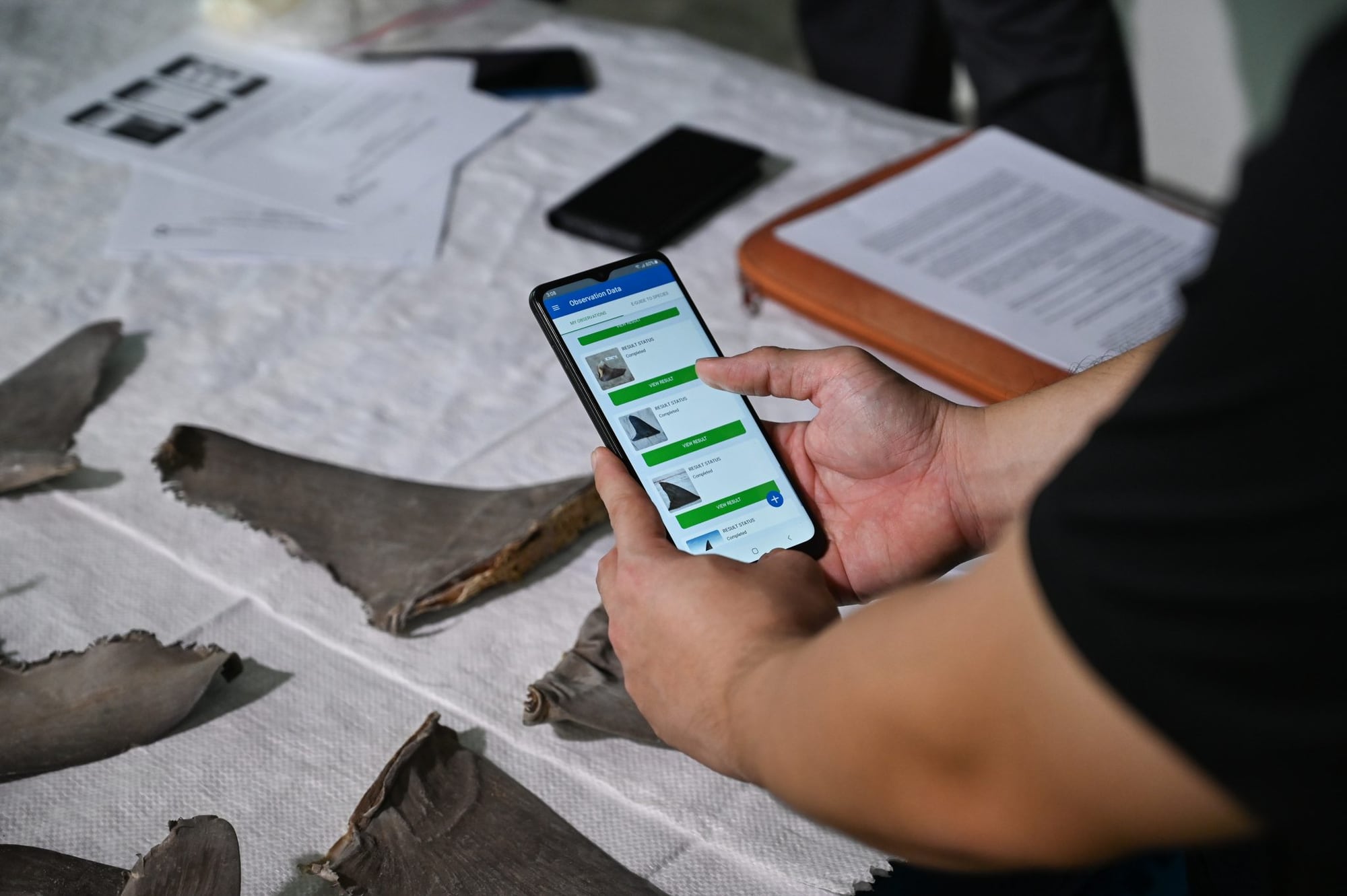 Artificial intelligence (AI) sounds like a buzzword to many, as it gets overused in almost every tech press release or CEO’s statement. However, the application of AI in this case is for a very good cause.

This app was created by a Singapore-led team from CI with NParks supported by Microsoft AI for Earth program. The app will be used by officers from the Singapore National Parks Board to combat illegal trade shark and ray fins.

According to the Convention on International Trade in Endangered Species of Wild Fauna and Flora (CITES) Appendix II, there are approximately 1,000 species of sharks and rays in the world, of which over 30 species are listed under CITES Appendix II for regulated trade. In Singapore, more than 160,000 kilograms of fins from CITES-listed sharks and rays have entered the borders between 2012 and 2020.

Dr Adrian Loo, Group Director of Wildlife Management, NParks, said: “By using advanced technology in the creation of Fin Finder, we can strengthen the enforcement against the illegal trade of sharks and ray species following CITES regulation, and boost Singapore’s capabilities in conserving precious biodiversity.”

The current process requires NParks officers to collect the fins from each shipment for DNA testing to determine its species. This is very time consuming and takes up to a week on average to do so.

On the other hand, the Fin Finder app is able to identify the species in a matter of seconds with an accuracy of 89%. It does so by running the photos – taken by NParks officer of the fins – and matching against a database of over 15,000 shark and ray fin images using an AI algorithm.

The app, which runs on Microsoft Azure, will quickly and accurately provide a visual identification of shark and ray species onsite. This allows NParks officers to quickly flag suspicious fin shipments for further DNA testing to stop the illegal trade of shark and ray fins.

Mr Richard Koh, Chief Technology Officer, Microsoft Singapore, said: “AI has the potential to solve critical environmental challenges. By taking AI tools out of the lab and putting it into the hands of experts in the field, we can accelerate new solutions for a better world. That’s why we are proud to support Fin Finder as it protects global shark and ray populations and preserves our ocean life.”

NParks officers can also use Fin Finder as a single-platform directory of relevant shark and ray species, apart from identifying illegally traded shark and ray fins. The app also offers onsite access to reference materials that can be used for validation of CITES-approved permits or shipping documents. This is expected to reduce the time and effort spent to on shipment validation.