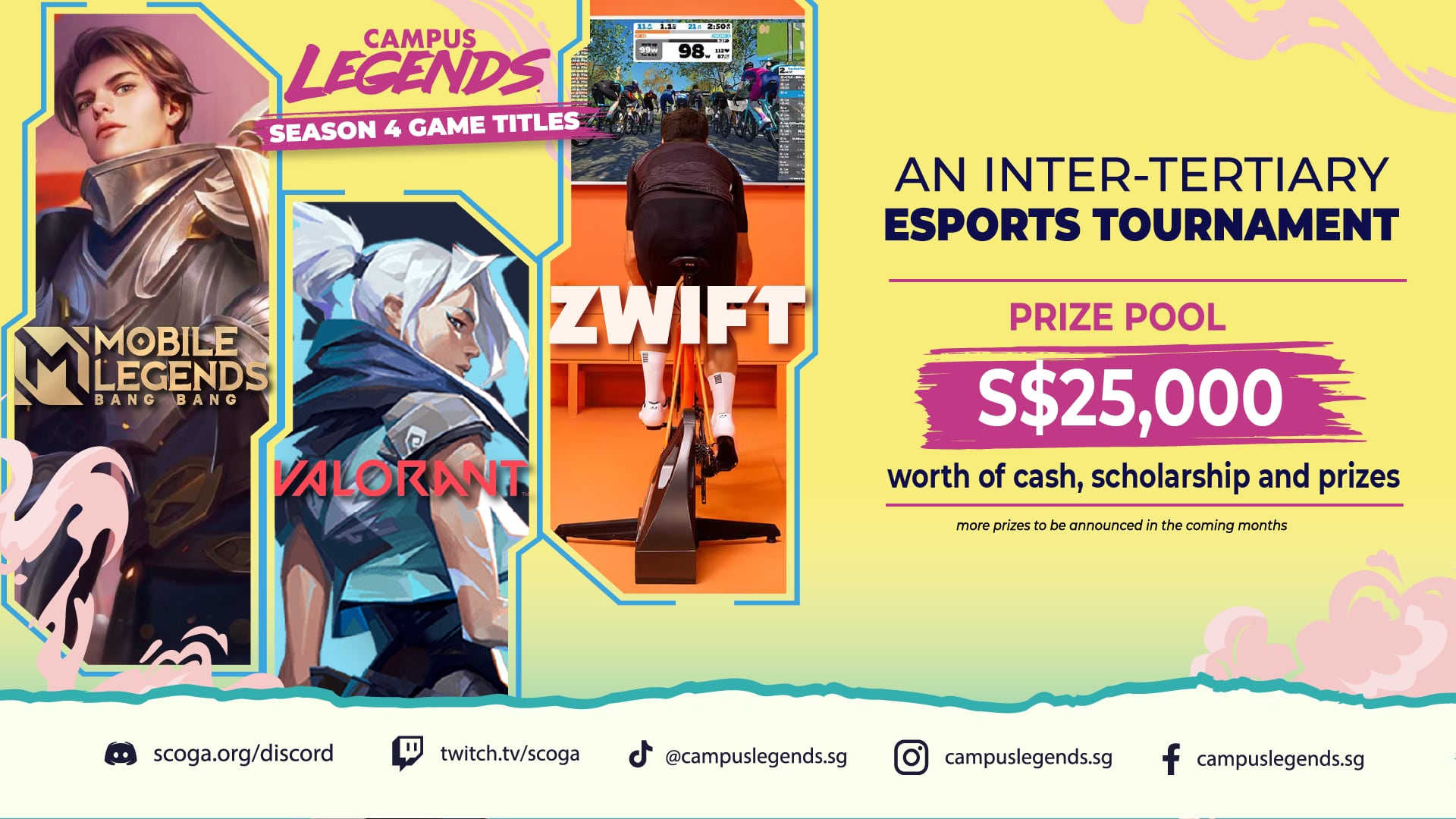 Singapore’s women League of Legends: Wild Rift team might have missed out on a gold medal last night at the SEA Games in Hanoi. But there is still plenty of Esports action to look forward to, such as the Mobile Legends: Bang Bang (MLBB) semi-finals coming up between Singapore and Philippines today, as well as at home. For instance, Singapore’s collegiate Esports league – Campus Legends – will return for its fourth season tomorrow.

Campus Legends is Singapore’s inter-tertiary tournament that involves all 16 Singapore higher-learning institutes. It was designed to provide students with a platform to explore and build a career – from gamer to streamer – in Esports.

This year, participants will take part in the first-person shooter game Valiant for the PC category and MLBB for the mobile category. In addition, students can also take part in the Esports cycling game Zwift. And they will be competing for a combined prize pool of S$25,000 in cash, scholarships and prizes.

The group stages and playoffs for Campus Legends Season 4 will take place over nine weekends, beginning on May 20 with the individual school qualifying rounds. The group stage will take place from June to July with the Grand Finals taking place August 6 and 7. All the matches will be live streamed on Twitch and TikTok for you to follow the progress of your favourite teams.

Campus Legends is organised by Singapore’s Cybersports and Online Gaming Association and Esports Academy with support by PVP Esports and *SCAPE.