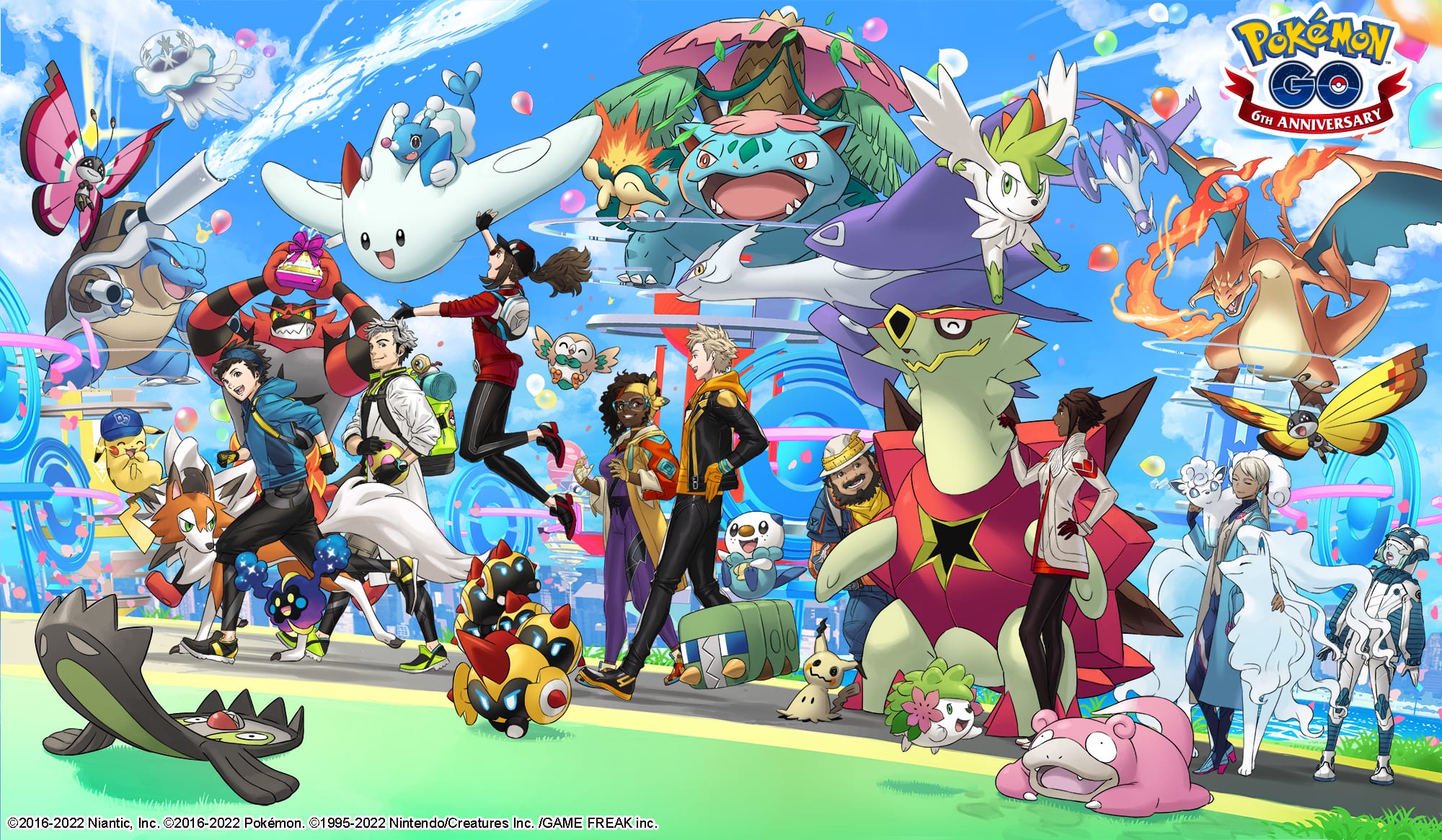 Diablo Immortal is officially out! However, I am still playing Pokemon Go, the augmented-reality mobile game which celebrated its sixth birthday on July 6.

In fact, I have been playing Pokemon Go for six years (and two days…). I downloaded the game using a US Apple App Store account when it was first released. Pokemon Go did not arrive in Singapore until August 6, 2016. While I cannot play it in Singapore then, I was able to do so whenever I visited US for work. So, I have a wee bit of head start over Singapore Pokemon Go players, also known as trainers.

And when it arrived in Singapore, Pokemon Go created hordes of trainers swarming landmarks across Singapore to catch these virtual monsters. You might probably remember seeing these swarms of trainers at Marina Bay Sands, or at a particular location in Hougang and some other landmarks. It created a buzz and made news headlines everywhere.

I have many friends who jumped on the bandwagon, even when they have zero knowledge of the Pokemon franchise or never watch a single episode of the Pokemon anime. As soon as the buzz died down over the months, many stopped playing the game.

These days, those still playing Pokemon Go in Singapore are usually “uncles” and “aunties”. In other words, many of them are either grandmothers or grandfathers, like my dad.

He has six Pokemon Go accounts in six smartphones, so as to have two accounts of each team – Valor, Instinct and Mystic – in Pokemon Go. This is so, he can take down gyms and put “himself” into them in order to earn virtual coins. These coins (which of course can be bought using real cash) can be used to purchase in-game items.

Ironically, my dad only started playing Pokemon Go because my nephews were playing it. And while most of these young trainers have since moved on to other games, such as Mobile Legends: Bang Bang or Genshin Impact, the older generation (myself included) has continued to play the game.

You probably must be wondering if anyone still plays Pokemon Go. While the game might have garnered over 500 million downloads by September 2016, the active player base has since significantly reduced by now.

Nonetheless, data from activeplayer.io – a site that compiles data of active players in any game – shows that Pokemon Go still has 80 million players monthly as of June 2022. This is actually an increase from the 60 million players monthly during certain periods in 2019 and 2021. Maybe it is due to trainers able to get back outdoors with many places opening up after the pandemic. So, there are still plenty of trainers out there.

Not to mention, according to mobile game intelligence firm Sensor Tower, Pokemon Go has earned US$6 billion in terms of lifetime player spending.

In other words, the game has earned its developer Niantic a cool US$1 billion annually since its launch. In fact, in the first quarter of this year, Pokemon Go picked up US$198.2 million making it the top-grossing AR mobile game in the world based on data by Sensor Tower.

Still, it shows that the game has its charms. I think the simplicity of the game – just throw a Pokeball to catch a Pokemon – has endeared itself to the older generation who might not understand the ins and outs of a role-playing game like Diablo Immortal.

And it also helps them create a community. My dad goes out with his trainer friends to “fight” over control of gyms. I made more friends around the neighbourhood because we (me and my wife) were out during community events to catch Pokemon.We still say “Hi!” to each other and chat whenever we met fellow trainers at the coffee shop.

I also discovered new places around my neighbourhood that I never would have ventured if not for Pokemon Go. The game brought me and my wife to overseas, from Tainan to Dortmund, for special Pokemon Go events. (Hopefully, we can do so again soon…)

Even after six years, there is just something exhilarating when you catch your first Pokemon of any kind, be it a Tapu Koko or a Toucannon. And when you have caught one, you want to catch another with better stats so you can power it up to take part in either Gym fights or Raid Battles. It becomes a habit of catching, powering up and upping my experience level as a Pokemon trainer.

And if you have stopped playing Pokemon Go in 2017 or 2018, it will feel like a different game when you start playing it again. There are so much more things to do now, from trading Pokemon to PvP battles. In fact, my wife complained that there are too many things to do in Pokemon Go now.

Well, Niantic needs to churn out new content and quests in order to keep the money flowing in right? Plus, there are always new generations of Pokemon being released by Nintendo. Thus, the catching never stops. At the end of the day, the game is still fun, easy to play, relaxing and most importantly, there is always something new around the corner.

However, being a Diablo fan, maybe it is time for me to start Diablo Immortal. But then again, if my ex-boss and huge Diablo fan Oo Gin Lee (read his review here) feels it is no good, maybe I should not start…

OK, back to Pokemon Go!