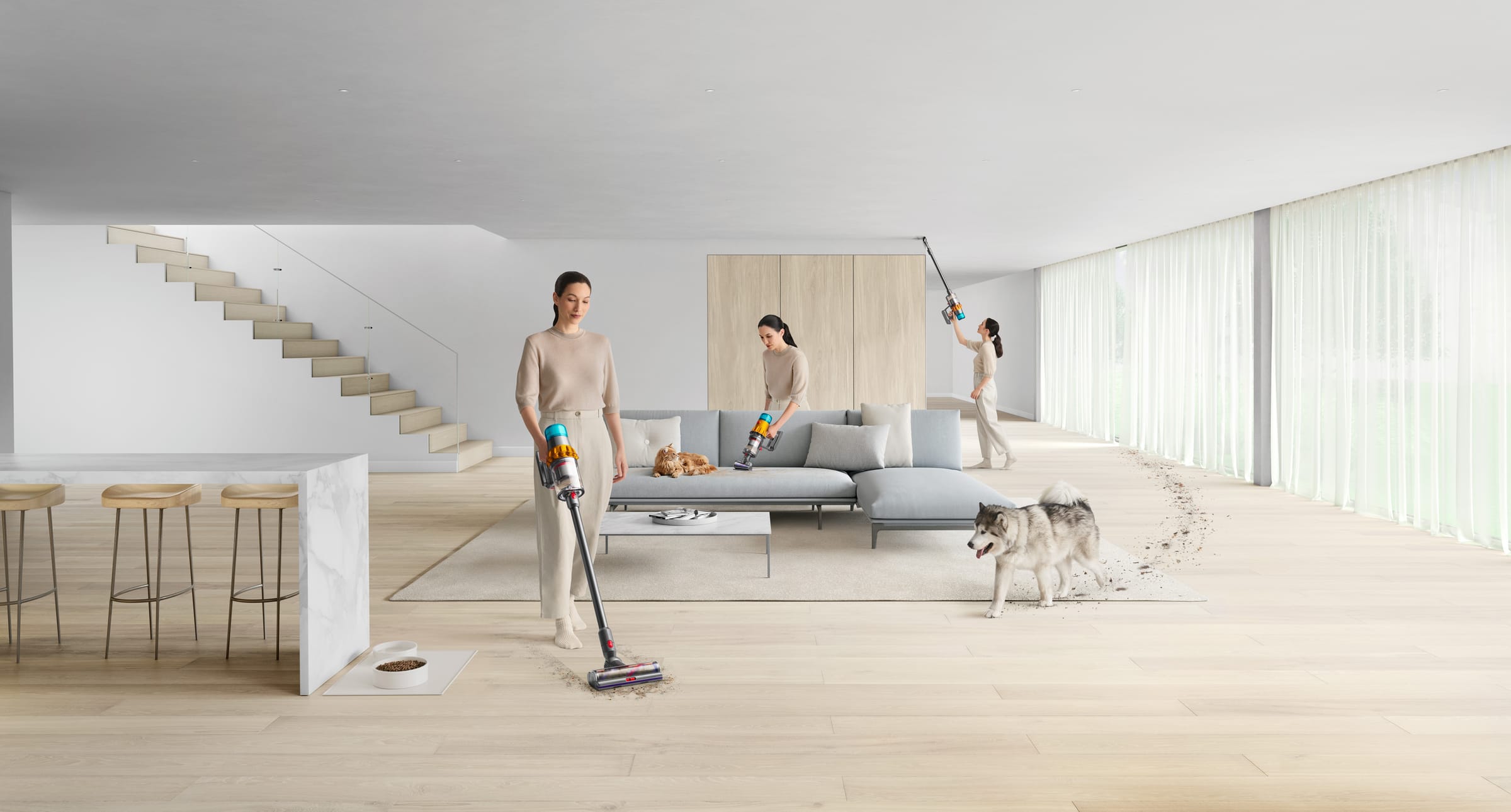 Last year, Dyson launched the V12 cordless vacuum cleaner, which is a slim-down version of the flagship V15 available elsewhere. But this month, Dyson finally launched the V15 in Singapore.

The review unit is the V15 Detect Absolute (HEPA) version, which is more expensive than the standard V15 Detect Absolute model (S$1,299, get it at Shopee). The main difference is the HEPA version comes with three more tools – comb-crevice tool, fabric and mattress tool and up-top adaptor.

In addition, instead of having a separate crevice tool in the standard model, the HEPA version features a built-in crevice tool that is integrated to the main wand. It easily detaches from the wand for a ready-to-go crevice tool. No more having to use a wand clip to store the combination and crevice tools anymore.

Of course, as its name implies, the HEPA version features an advanced HEPA post-motor filter to trap more microscopic particles as small as 0.1 microns. It also has Dyson’s 5-stage advanced filtration technology that can capture 99.99% of particles as small as 0.3 microns. Most importantly, the V15 comes with a more powerful Dyson Hyperdymium motor that can spin up to 125,000rpm for up to 230AW of suction power (up from V12’s 150AW).

The V15 also features an anti-tangle hair screw tool that is designed to prevent the wrapping of hair around the brush bar. Again, similar to V12, the V15 comes with an acoustic piezo sensor sited within the bin inlet. It measures the size and quantity of different dusts and the results are shown on the circular LCD screen at the rear of V15.

In terms of looks though, the V15 does not differ much from the V12. It looks like a futuristic ray-gun from some sci-fi movie. The hand grip has an opening at its bottom to insert the removable battery like a magazine. Like a gun, it has a trigger that activates the suction power unlike the V12.

Personally, I prefer the power button of V12. That way, you do not need to squeeze the trigger all the time when vacuuming. Not helped by the increased weight, my fingers felt fatigued and numb after each cleaning session with V15. On the bright size, it does save some battery life as it stops vacuuming the moment you release the trigger.

Not to mention, the V15’s bigger dust bin means less trips to my trash bin to empty it. With V12, I usually have to empty the dust bin three times. But I only need to do it once for V15, at the end of the cleaning session.

Having used the V12’s Laser Slim Fluffy cleaner head and anti-tangle Hair Screw tool for nearly a year, I am not surprised by the similar superb performance when I was using V15. With the Laser Slim Fluffy, I can see dust more easily on my floor. You can literally see the line between where has been vacuumed and where it has not.

And the Hair Screw tool continues to be the go-to tool when vacuuming my sofa and beds. It does a superb job in clearing all the dust and hair.

In terms of cleanliness, I do feel the V15 makes my 90 sq metre house cleaner (the floor especially) than the V12 with just one round of vacuuming. I guess the increased suction power does help.

As expected, the battery life of V15 is better than the V12. While I found the V12 to last around 45 minutes on Eco mode, the V15 lasted an hour on Auto mode. I was able to finish vacuuming the floor of my house with the Laser Slim Fluffy as well as sofa, bed and other surfaces with the Hair Screw tool within the hour.

But the biggest downer of the V15 is its hefty price tag. At S$1,349, it is pretty expensive. But given its convenience and performance, I would say it is well worth its price. That said, I am someone who bought a S$3,000-plus industrial corded vacuum cleaner to clean my house until I found Dyson’s cordless machines. So I might be biased.

VERDICT: Apart from its hefty weight and price tag, the Dyson V15 Detect Absolute (HEPA) is the perfect cordless vacuum cleaner you can get right now. It offers great vacuum performance along with its array of tools to clean any surfaces.