Huawei pivots toward building the Smart Office experience as evident from its latest laptops, tablet and earbuds 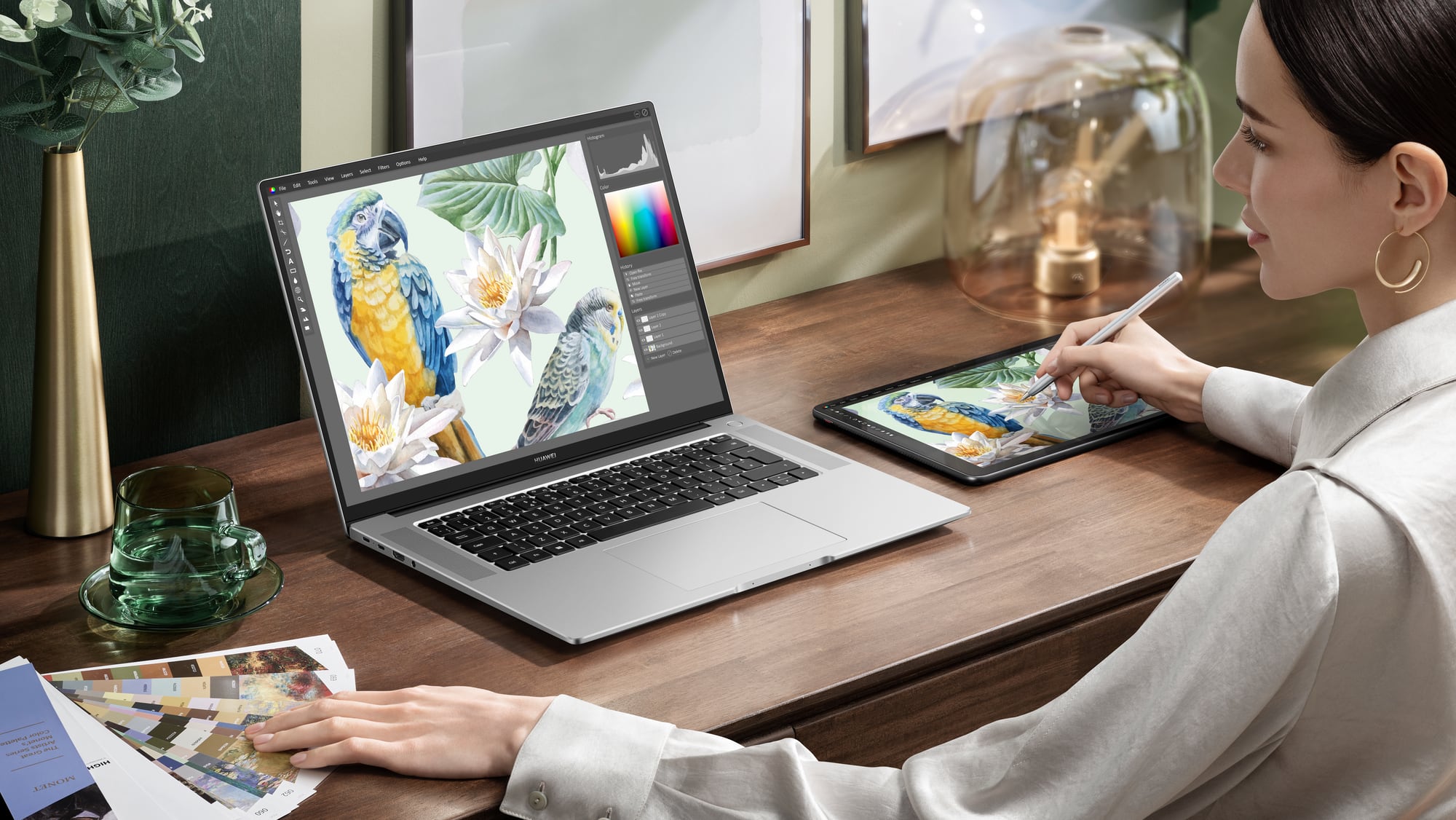 BANGKOK – With Chinese tech giant Huawei continuing to be caught in the middle of the US-China trade war, its smartphone business has dwindled significantly.

According to Counterpoint Research research report published in April this year, Huawei has seen its smartphone’s sales dropped by 64.2% from a year earlier.

As such, it is no wonder that Huawei is changing tack and transforming its consumer business to cater to the increasing needs of smart office. This is evident during Huawei APAC Smart Office Launch in Bangkok today, when it launched a plethora of devices targeting the modern smart office worker as well as trumpeting its smart office framework.

Since 2020, Huawei has been espousing its 1+8+N strategy to create a fully connected intelligent world. The ‘1’ represents the smartphone that connects and controls other devices, while the “8” refers to the eight connected Huawei devices ranging from MateBook to FreeBuds. Finally, the ‘N’ represents all the other third-party IoT devices connected using Huawei HiLink and Huawei Share.

Mr Louie Lyu, the President of Huawei Device Asia Pacific, at his opening speech, said: “Huawei focuses on 1+8+N concept to connect a wide range of products…. (and) will continue to put consumer as the priority.”

This latest release extends Drag-to-Connect capabilities1 to more devices, streamlining the process of connecting and interacting on multiple devices.

Furthermore, the launch gives new prominence to the HUAWEI Mobile App Engine platform, which makes more than 15,000 mobile apps available to PC users. Below are the some of the new Huawei products that will be coming to Singapore.

Huawei MateBook X Pro
The highlight of the show is probably the MateBook X Pro. Available in a gorgeous metallic body and elegant colours of blue, white and grey, its magnesium-alloy unibody allows it to be strong but yet lightweight at only 1.26kg.

Its 14.2-inch display receives the world’s first Eye Comfort 3.0 certification by TÜV Rheinland, so you can work without hurting your eyes. But it features consistent colours to ensure the colours are the same whether it is on the laptop or smartphone.

This laptop is powered by 12th-general Intel Core processors and certified by Intel EVO for optimal performance and productivity at work.

Huawei MateBook D16 and MateBook 16s
At the same time, Huawei’s MateBook D 16 has received some major upgrades. This 16-inch laptop comes with the latest 12th-generation Intel Core Processors in a 1.7kg lightweight body that measures only 18.4mm thick.

It is equipped with Huawei’s Metaline Antenna, making it the first laptop that could improve the signal conversion rate by 56% to facilitate high-speed Internet access.

In addition, the new MateBook 16s features an Intel Evo-certified i9-12900H processor with a 16-inch 2.5K touchscreen display and a 1080p AI camera.

Furthermore, the FreeBuds 2 has three highly sensitive microphones that is said to improve active noise cancelation by 15% over its predecessor.

MatePad Pro 11
The new MatePad Pro 11 is an 11-inch tablet that comes with OLED Real Colour HUAWEI FullView Display with 92% screen-to-body ratio and a 120Hz high refresh rate. Yet, it weighs just 449g and measures only 5.9mm thick.

Huawei claims it is the world’s first TÜV Rheinland Full Care Display 3.0-certified tablet, meaning it will not be harmful to your eyes. This tablet also features Huawei Sound, with six speakers, for a cinematic audio experience.

The new tablet supports 1.5mm-thick Huawei Smart Magnetic Keyboard and the enhanced M-Pencil (2nd-generation), so you can use it as a laptop or a drawing pad as and when you like it.

In addition, the M-Pencil (2nd generation) now comes in a new white colour, while retaining the excellent hardware capabilities of its predecessor.

Pre-order of these Huawei devices will start from August 5, 2022, in Singapore. But details on local pricing and availability will only be released at a later date.