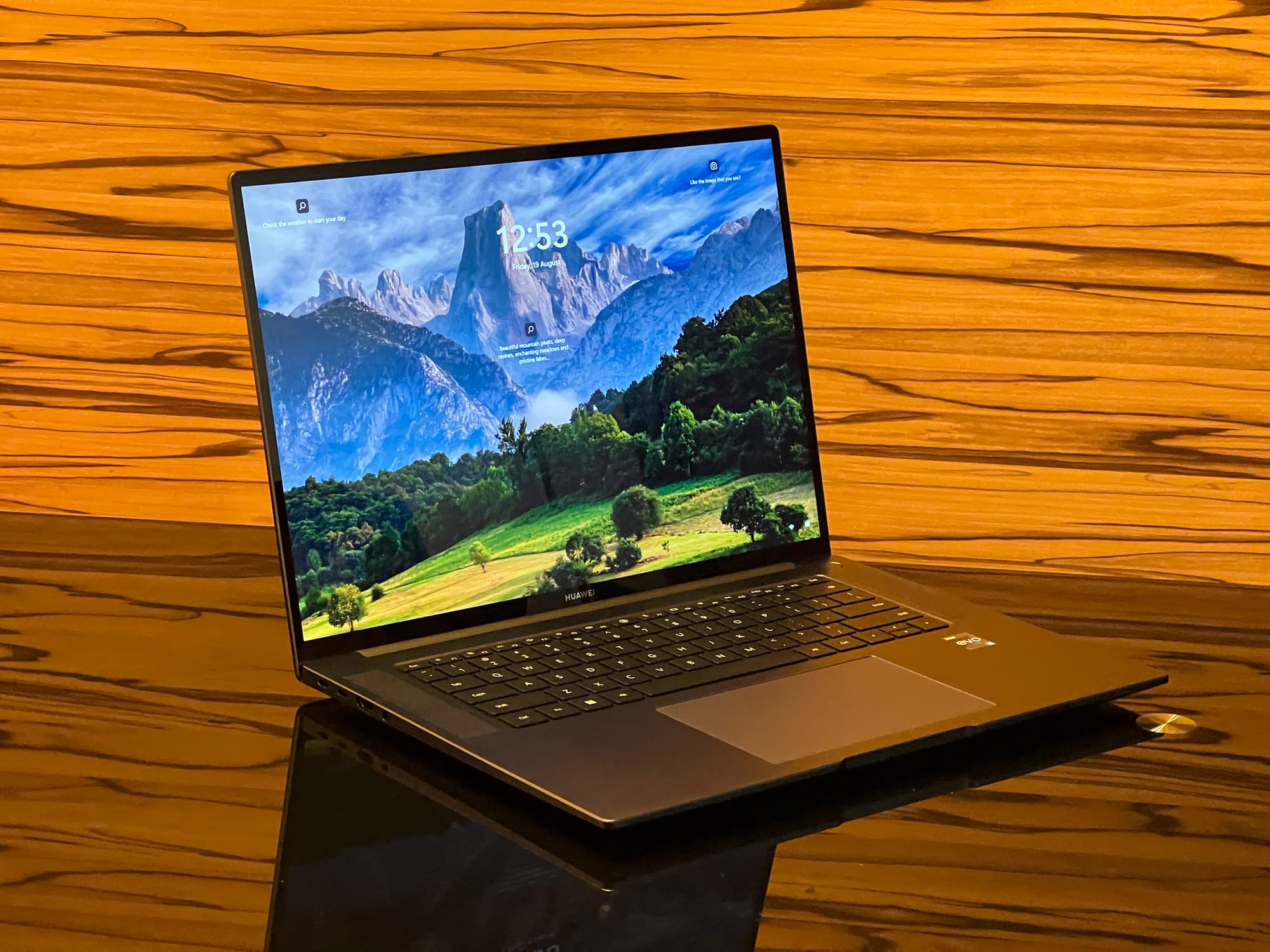 Huawei launched several work laptops during its APAC Smart Office Launch 2022 event at Bangkok last month. One of these new laptops is the Huawei MateBook 16s.

This laptop sits nicely between the flagship MateBook X Pro and the entry-level MateBook D 16. But whether it is the looks or its built, the MateBook 16s feels both premium and flagship.

While it comes in a rather boring grey silvery colour, its metallic build is sleek and smooth to the touch. It also feels sturdy when you hold it. Yet, at just under 2kg, it does not weigh too heavy for a 16-inch laptop. And it is not too thick measuring only 17.8mm, almost the thickness of the first Apple MacBook Air.

On the left side of the MateBook 16s, you will find a Thunderbolt 4 port, a USB-C port, a HDMI port and a 3.5mm audio jack. There are two USB-A ports on the right side, so you can plug in those thumb drives or USB adapters for your wireless mouse or keyboard.

Lift up the lid, you will find a gorgeous 16-inch 2.5K touchscreen display welcoming you, as you can see from the cover photo on top. The display is absolutely brilliant with narrow bezels and offers vivid colours with great contrast. Anything displayed on this screen will look extra pretty. The display is also very responsive to your touches, so you can easily pinch to zoom in on photos or browsers.

You will find speaker grilles running on both sides of the laptop’s backlit keyboard. On the top of the right speaker grille resides the power button that doubles as the fingerprint sensor.

Many pundits think that large 16-inch laptops should have a numeric keypad. Not me. Being a fan of 75% keyboards, I think I can type better without a numeric keypad. The result is the keys being nicely spaced out with great 1.5mm key travel. And I could type like fish in water with minimal errors. Not to mention, the keyboard elicits nice soft tactile response without any mushy feel. I thoroughly enjoy typing on this laptop’s keyboard.

In the PCMark 10 benchmark test, the review MateBook 16s scored 5,543, slightly below the average score of 6,939 for its class with the highest score being 8,063. The one you are going to buy will have a higher score than this.

Anyway, as a daily workhorse, I find the MateBook 16s able to do most of everything you throw at it. It did not suffer any blip when I opened several Word documents, a few Excel sheets and a Powerpoint presentation all at the same time. Only when I started to use Chrome browser with 25 tabs, that this machine started to suffer a wee bit of a drop in performance.

Due to its lack of a discrete graphics processing unit (GPU) with only an integrated Intel Iris Xe GPU, it will not fare well if you do graphics-intensive tasks such as video editing or playing games like Cyberpunk 2077. While you can still do these tasks, the experience is just not as smooth and fast as compared to laptops with GPUs like Nvidia GeForce RTX 3060.

Huawei has trumpeted the MateBook 16s as part of its Super Device system for Smart Office. This idea is similar to Apple’s Handoff feature whereby you can easily share screens and files with other Huawei supported devices, like a P50 Pro smartphone. But you have to be invested in Huawei’s ecosystem in order to capitalise on this.

However, it does have a Super Device feature of its own with its 1080p AI webcam. Like those of some iPads and MacBooks, MateBook 16s’ webcam will follow you when you are moving around. But like graphics-intensive tasks, the webcam videos become jerkier when using this AI function.

Huawei has included a 90W power adapter (135W for i9 version) with a USB-C charging cable in the box. So, you can quickly charge the laptop back to full in no time.

The best part though is its price tag of only S$2,298. Considering its fantastic screen, fast processor, build and design, I think it is an absolute steal.

VERDICT: In terms of performance, looks, build, features and affordability, the Huawei MateBook 16s is easily one of the best 16-inch Windows work laptops in the market right now. If you are not a gamer and your work does not involve heavy video and photo editing, I would highly recommend the MateBook 16s. It might not be the best laptop, but it is certainly the best value-for-money 16-inch work laptop.