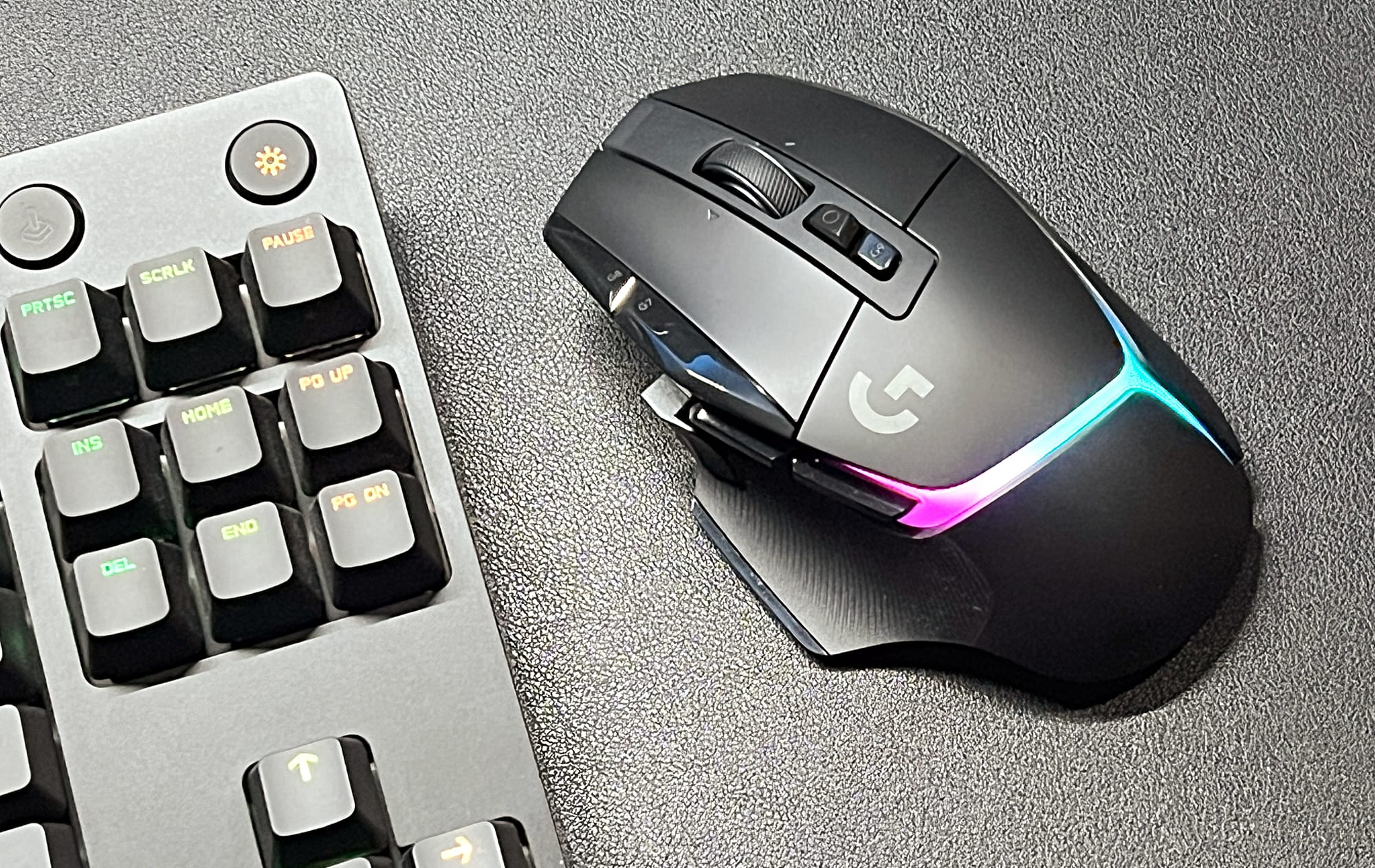 I gave the Logitech G502 Lightspeed “Editor’s Choice” back in 2019 when I was in The Straits Times. At that time, I was really impressed by both its ergonomic design and speedy performance. From then till now, Logitech has released several superb gaming mice, including the G Pro X Superlight. As such, I thought the G502 series would be forgotten.

So, imagine my glee when Logitech announced its successors with not one, but three G502 X models! They are the wired G502 X, the wireless G502 X Lightspeed and the G502 X Plus with RGB lighting and wireless Lightspeed, which I am reviewing here.

In addition, the G502 X Plus now features Logitech’s Lightforce hybrid optical mechanical switches with higher levels of speed and reliability while maintaining the tactile feedback of mechanical actuation.

In terms of design, the G502X Plus only underwent minor changes. If you put the G502 Lightspeed side by side with the G502X, you can hardly see the difference. The sleek asymmetrical and angular design is still pervasive, but it now hosts an array of eight RGB lighting zones on a strip running from the thumb rest to the end of the mouse.

It now has 13 programmable buttons, up from 11 previously. They include a clickable scroll wheel, a dpi-up button and a dpi-down button beside the left click button, and the dpi-shift switch, forward and back buttons at the thumb rest area.

The dpi-shift switch allows you to quickly reduce the dpi for slower movement to snipe your virtual foes. In the G502 X Plus, it has been re-designed to let you choose the right configuration according to your grip and style. You can remove and reverse to bring it closer to your thumb, or replace it with the included extra button cover.

Not to mention, the scroll wheel lets you easily switch between the free-wheelling hyperfast mode and ratcheted mode for precise scrolling.

You can customise the mouse’s scroll wheel tilting movements and the other buttons with commands, macros or actions you prefer via the Logitech G Hub software, which is now also available on macOS in addition to Windows. This software also allows you to adjust the RGB lighting.

The biggest plus (pun intended) of the G502 X Plus’ new design is the front USB port, unlike its predecessor’s microUSB port and mouth in which you need a specific microUSB cable to connect.

No such worries with G502 X Plus. I tried various USB-C cables and I can connect to the new gaming mouse with no issues. I also like that the G502 X Plus can be connected wired via the USB-C port or wirelessly via the Lightspeed USB

One downer though, is its asymmetrical design caters only to right-handers, with the thumb rest on its left. But it is very ergonomic with its top bulge providing good support for your palm. Rest your hand on the mouse and it will glide around smoothly and effortlessly. I was able to play a variety of games, from Cyberpunk 2077 to Diablo III, for hours without my hand aching. During use, the mouse’s buttons are all within easy reach of my thumb and index and middle fingers.

I could move and glide the mouse to whichever point on the screen almost instantly. Seriously, I have not had such fun with a gaming mouse for a long time since the G502 Lightspeed. There was no hint of lag, even when I was using the wireless connection.

In terms of battery life, the G502 X Plus is rated at 37 hours when used wirelessly with RGB lighting turned on. I found this rating to be pretty accurate. If you turn off the RGB lighting, it is said to last up to 130 hours. Given that you probably would not be able to see the lighting when grasping the mouse, I highly recommend you do so during gaming.

Or if you already have the Logitech PowerPlay mousepad, you can just replace the circular plastic disc placeholder at the bottom of the mouse with the PowerPlay’s magnetic disc. This way, you never have to worry about the mouse running out of juice.

Its biggest downer though is its price tag of S$249. While I think it is well worth the money in terms of bang for its buck, it is still a hefty sum to pay.

VERDICT: With its sleek looks and superb performance, the Logitech G502X Plus Lightspeed is probably the best gaming mouse in the market right now. Especially so, if you are a right-hander and have the moolah. If budget is a concern, you can always check out the wired G502X (S$119, get it at Shopee and Lazada) that features the same design but with a cord.

Logitech MX Mechanical Mini for Mac: The wireless mechanical keyboard Apple should have made