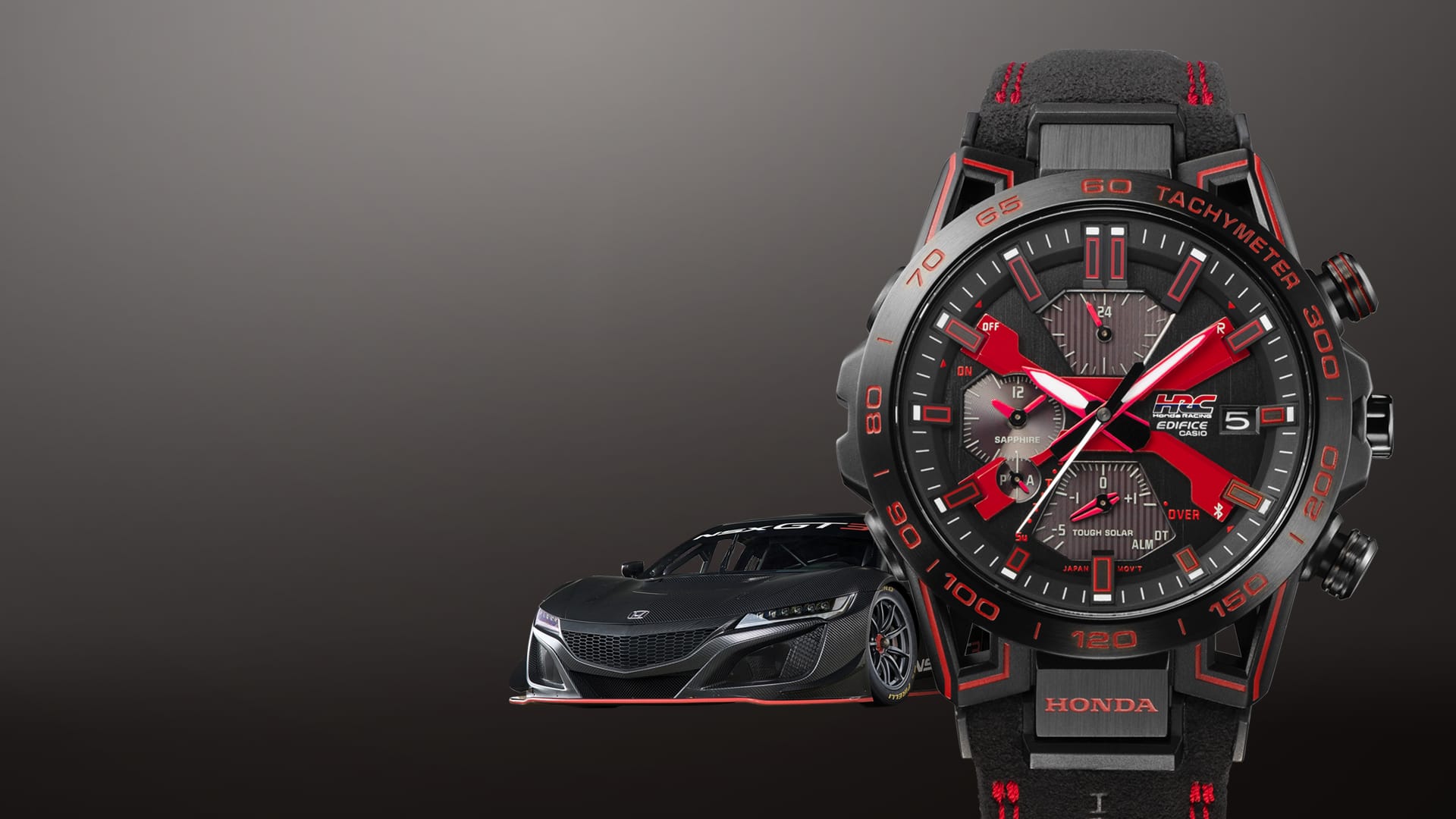 The Suzuka Circuit is one of the oldest and most celebrated circuits in the Formula One calendar. It has seen plenty of action from the 1988 championship won by the late legendary Ayrton Senna and the controversial 1989 championship that went to Alain Prost.

Using the EQB-2000 as the base, it has a design inspired by the double-wishbone suspension used in racing cars as well as the Honda NSX GT3 motif with red accents on a black background. The watch’s band is made from Alcantara – a synthetic material known for its durability and comfort and used for the interior of Honda’s Type R cars.

This new commemorative model features HRC’s spirit with the X-frame of the dial painted with the same paint used in the Honda red badge. The HRC brand logo is featured prominently on the dial of the watch, with the Honda logo and the Honda Racing logo engraved on to the case, band ring and back cover. The back cover also comes with the engraving of a logo celebrating the 60th birthday of the Suzuka Circuit.

This watch comes with a chronograph for precise timekeeping. It is also equipped with Bluetooth to link to your smartphone via an app for auto time adjustment, watch settings, world time and an iPhone finder.

Italians show off FinTech, not football, at Singapore FinTech Festival 2022