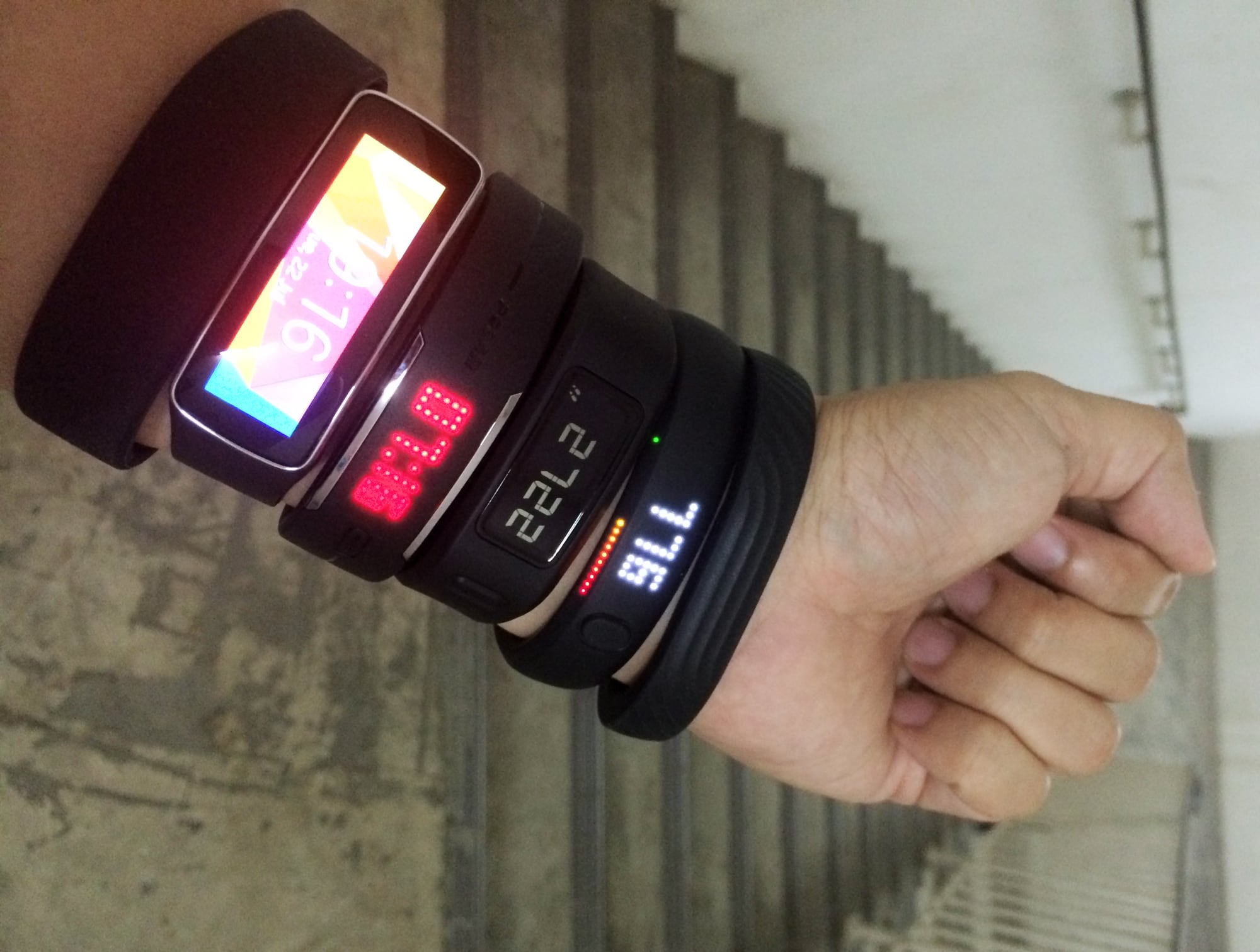 Nearly a decade ago, the consumer technology realm saw a new genre of gadget sprouting out. It is called the fitness tracker.

That was in 2013, when actress Gwyneth Paltrow has been photographed wearing a Jawbone Up while rapper Kanye West wore a Nike+ FuelBand.

Unlike pedometers, which merely count the number of steps you take, or smartphone apps that use GPS to track movement, fitness trackers use a three-axis accelerometer to measure motion, compute calories burned and monitor sleep patterns. These trackers use Bluetooth to sync with your smartphones to upload and display data via fitness tracker apps on smartphones, so users can track their daily fitness goals.

According to the National Physical Activity guidelines which are followed in Singapore and the United States, an adult should clock 150 minutes of exercise per week or walk 10,000 steps a day for a healthy lifestyle.

Our Health Promotion Board (HPB) even has the National Steps Challenge whereby you can collect a free fitness tracker to count your steps and redeem rewards. Plus, the latest free HPB fitness tracker looks more like a smartwatch than a fitness tracker.

This brings me to the point of whether a fitness tracker is still relevant in this day and age. Back in 2013 when I first wrote about fitness trackers in The Straits Times, ABI Research estimated that the market is going to grow 29% annually.

At that time, every tech company seems to be jumping on the bandwagon like entities are joining the NFT craze now. Samsung, Razer, Xiaomi, Huawwei as well as new startups like Fitbit, Jawbone and other tech companies all joined in the craze.

Fast forward to 2022, Apple Watch smartwatch is now the dominant force in the wearables market. According to IDC, Apple has a 34.9% market share (though this includes true wireless earbuds) in the fourth quarter of 2021.

Fitbit has been bought over by Google, while Jawbone has ceased to exist. And many companies apart from Xiaomi have moved towards building smartwatches and true wireless earbuds in the wearable segment.

In December last year, Jitesh Ubrani, research manager for IDC Mobility and Consumer Device Trackers reported that demand has been slowly shifting away from wristbands towards watches, as consumers increasingly want a more capable device with price gap between the two narrowing.

“The number of watches sold for under US$100 is now equal to wristbands, which have dominated this price band in the past,” he said.

I think the line between a fitness tracker and a smartwatch has been blurred. In the past, a smartwatch is a device that shows notifications on your wrist. But now, it can monitor all your physical activities including sleep and blood oxygen levels.

Conversely, more features have been added to fitness trackers including GPS, bigger displays to show notifications and even contactless payments. The Fitbit Charge 5 is one such example.

Most consumers want to deal with the minimum amount of devices possible. Already, asking them to charge another device apart from their smartphone is a tall order. Not everyone is willing to charge a fitness tracker and a smartwatch at the same time.

Moreover, most people do not even bother to change their watches. They usually wear one until it spoils or runs out of battery.

As such, it is a no-brainer that consumers will opt to choose one over another. And a smartwatch seems to offer much better value for money.

For instance, a Fitbit Charge 5 might be cheaper at S$288 and is able to do all the things smartwatches can do. However, its biggest flaw is it looks like a fitness tracker. It is not something you might want to wear to a business meeting for example.

However, you can wear a Huawei Watch GT 3 (pricing start from S$298) with a “formal” watch band to such a business meeting or formal occasions. If it is something you are going to wear all the time, it has to look good. The smartwatch might be slightly more expensive, but it looks better and is way more versatile.

Of course, there are also very expensive smartwatches like Apple Watch Hermes (from S$1,719) or Garmin fenix 7 (from S$1,039), which not everyone can afford. And there are also cheap fitness trackers like Huawei Band 6 (S$58) or Xiaomi Mi Band 6 (S$65) that most can buy to try.

In the end, whether you are getting a fitness tracker or a smartwatch depends on your budget and needs. But if you are looking to get a gadget to track your exercises and wear it all the time, I reckon chances are high that you will get a decent smartwatch over a high-end fitness tracker.

This is the main reason why I think fitness trackers are slowly on its way out. Don’t get me wrong. Fitness trackers are probably still going to be around for sometime. But I think this once-crazed genre will gradually be totally replaced by cheaper smartwatches.