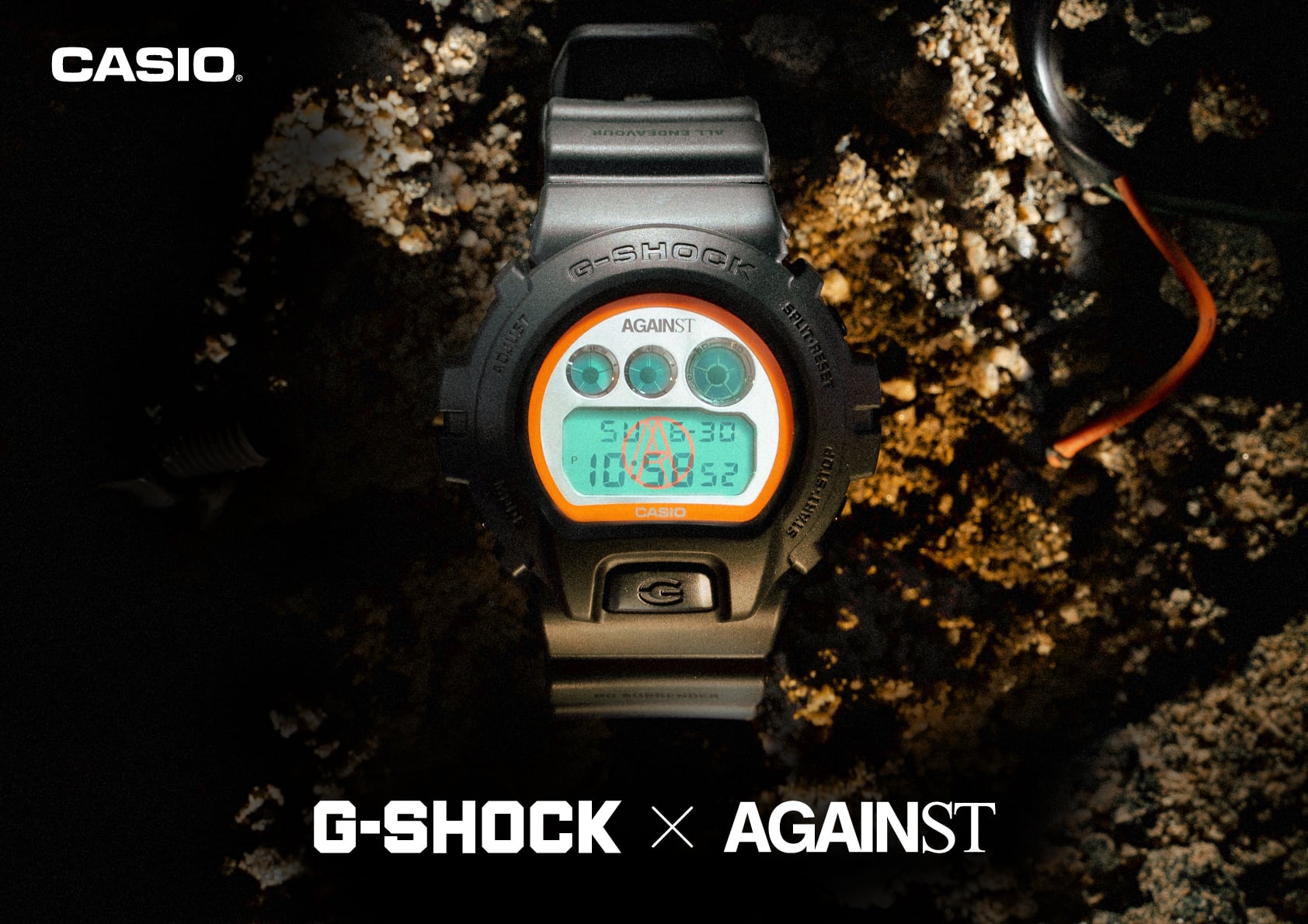 Casio Singapore has partnered Malaysian fashion brand, Against Lab, to launch a limited-edition G-SHOCK DW-6900AL22 watch. This is also an exclusive model for South-east Asia.

Motorcycle culture is one of the strong identities of Malaysian society. Almost every Malaysian has their own experience with a motorcycle. As such, this special watch takes inspiration of the mental toughness of folks who wake up early to ride their motorcycles to work while enduring heat and rain. The motorcyclist spirit reflects the ethos of G-shock, which is built by toughness.

There is a clean “Against” logo on the watch face, accompanied by a hidden “A” logo backlight. The metal chrome watch face is chosen to resemble the material of motorcycle exhaust pipes,
while the orange outline is inspired by the colour of motorcycle’s signal lights.

There is an engraving of Against Lab’s mascot “A-Man” on the watch’s stainless steel back. Finally, there are custom tire tread graphic and Against Lab’s brand slogan “All Endeavour, No Surrender” printed on the watchband.

Apart from these accents, this watch is still pretty much the iconic DW-9600 G-Shock watch – launched in 1995 – with its triple graphs, 200m water resistance and shock-resistant features.

The Casio G-Shock x Against Lab DW-6900AL22 watch will be available in G-Shock Online Store and G-Shock retail stores next month at price of S$179.