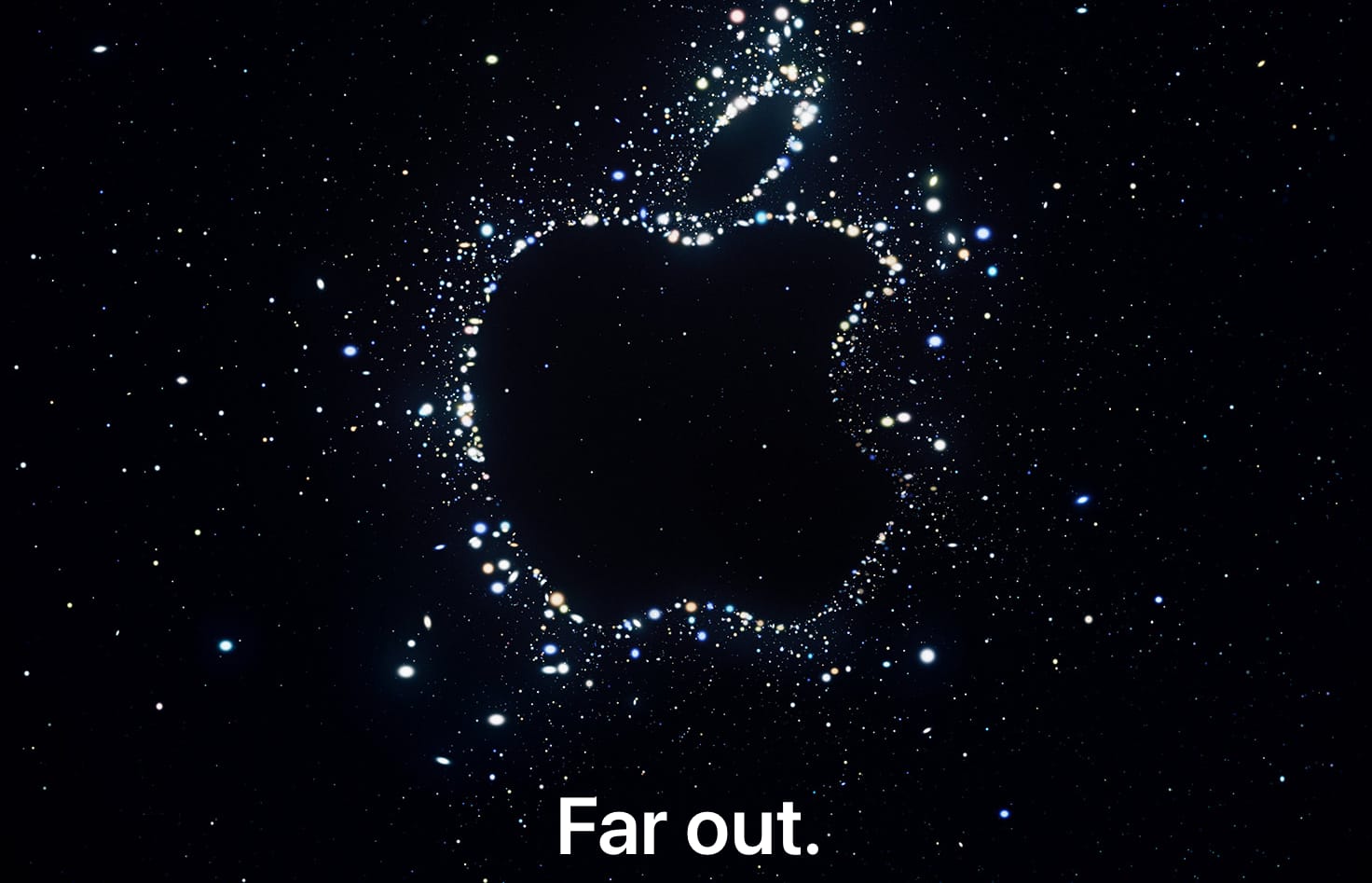 If I am still in my previous job, I might be writing this in a hotel at San Diego or Mountain View. But now, I have a day job in the “dark side” and writing this before I go to sleep. I have been writing this for more than a decade that I can practically copy and paste the story from last year, change the name of the upcoming models and pretty much still get most of my predictions right.

Last week, Apple sent out media invites to select media for this upcoming event that will be happening on Sep 7, 10am, Pacific Time (Sep 8, 1AM SGT). It will be the first time since 2019 that Apple has held a physical event for an iPhone launch. The invite shows a galaxy of stars forming the Apple logo with a simple tagline “Far out”. So, what can you expect from Apple’s “Far out” this time?

Traditionally, the Apple’s Sep, or fall, event has always been about the iPhones. And since 2016, Apple Watch has also become the staple. But once a while, Apple did spring some surprises. According to the rumour mills and based on my past experiences, this is what I think you can expect from the “Far out” event.

Yes, it is getting boring. You will get the new iPhone 14 series. However, it is expected to start from the basic 6.1-inch iPhone 14 and a larger 6.7-inch iPhone 14 Plus. No more mini, as it probably didn’t sell well enough to justify the variant. And I think most people these days prefer a bigger screen, and the iPhone 14 Plus will satisfy a market that does not want to pay so much for the “Pro Max” version.

Design wise, it is expected to be no different from the iPhone 13 but perhaps slightly thicker due to the bigger camera module. As usual, the standard iPhone 14 models will only have a rear dual-camera system while the iPhone 14 Pro models will have the rear triple-camera system that might consists of a Sony 48-megapixel main camera. The Face ID front-facing camera system is expected to stay but without the notch. Instead, it will be a long pill-shaped cutout.

This iPhone series might be the last to still use the Lightning port, with the iPhone 15 series rumoured to be transiting to the USB-C port to adhere to EU’s ruling. However, there are rumours that Apple might go totally “port-less” in the future. But there are murmurs that the iPhone 14 series might go full eSIM. In other words, you do not need to even use a nanoSIM card anymore. Time will tell…

According to Bloomberg’s Mark Gurman, the Apple Watch Series 8 and the entry-level Apple Watch SE will be announced during this event. The new Series 8 is expected to include a new body-temperature sensor as well as women’s health features. The SE 2 will get an upgrade in terms of processor, but the design and other features remain the same.

The more exciting news is the highly anticipated Apple Watch Pro. As its name implies, it is a high-end rugged watch that is aimed at elite athletes whom cannot be served by normal Apple Watch. The Watch Pro is expected to have a larger display, a bigger battery, an extra button, a higher water resistance rating, more fitness tracking features and exclusive watch faces. It looks like Apple is finally encroaching on Garmin’s territory…

The AirPods Pro has not been updated since its launch in 2019. I think it needs a long over-due update. But I don’t think there will be any design overhaul. It is probably going look different than the original.

Again, it is probably an upgrade in terms of an updated H1 chip, support for Apple’s Lossless Audio format and a longer battery life. There are rumours that the AirPods Pro 2 will have sensors for fitness tracking as well as new winged tips. But these seem highly unlikely to me.

Will there be any surprises? I doubt so. For one thing, Bloomberg has reported that the iPadOS 16 will come later, about a month after the iOS 16 launch. And October is usually the time when new iPads and MacBooks are announced. So expect another event next month.

You can watch the livestream of the Apple “Far out” event on Youtube, Apple website or on Apple TV app on Sep 8 (Thursday) at 1am SGT.